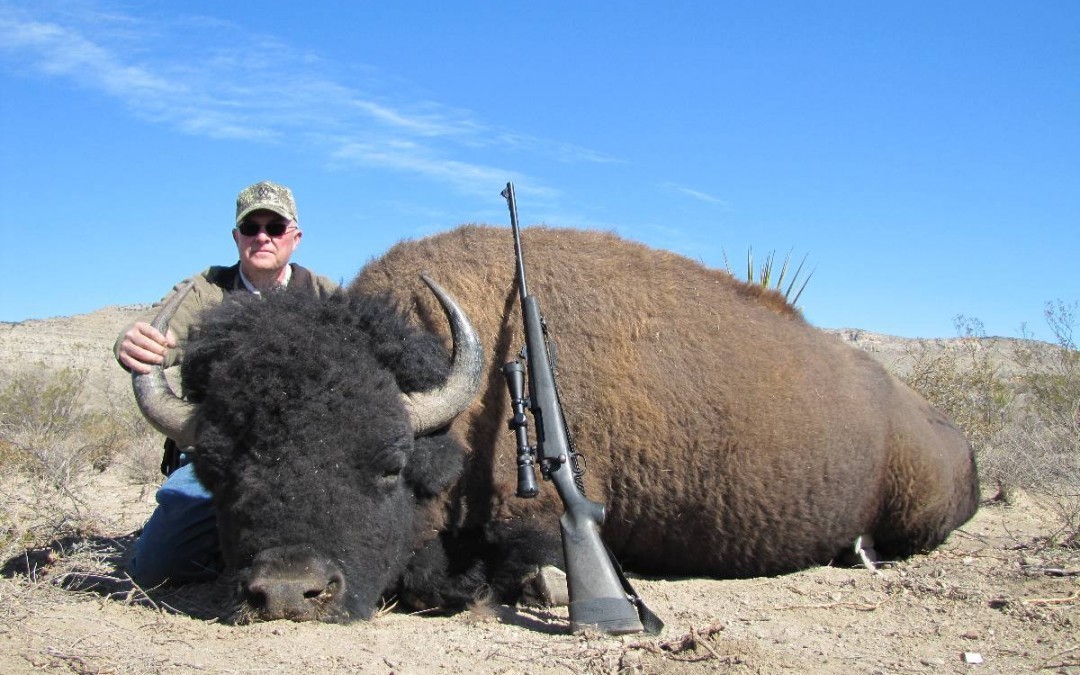 With the DSC Convention the 1st week of January, flying out to Mexico the day after DSC, hunting whitetail the weekend after I got back from Mexico, and then hunting free range bison out in West Texas last weekend, it’s been a busy month.  Mexico wasn’t the best trip, and I’ll address that in my next blog, but this past weekend out in Marathon we had a blast hunting free range bison!! 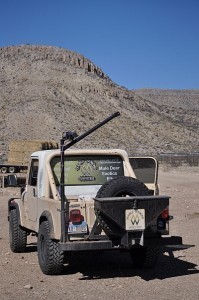 When you’re hunting an animal as large as a bison, you’ve got to have all the help you can get, so my buddy Craig (founder of allaboutexotics.com) and I loaded up and headed towards Marathon, TX last Thursday morning.  My buddy Ruben, custom knife maker extraordinaire and owner/operator of Ramos Knives, was also coming in from Jal, NM for some added muscle and to really put his knives to the test.  It was going to be a lot of work, but we were all fired up and excited to get to West TX and hunt free range bison in the Glass Mountains.  You can go on a bison hunt on numerous ranches in TX, but there’s only 1 ranch in TX that has them free ranging, that I know of, and I’m fortunate enough to get to hunt that ranch.

After arriving at the ranch we had to get all of our gear to the lodge and get things ready before my hunters, Dwight and Donna, arrived on Friday.  That’s typically not very difficult, but when you’re going on a bison hunt, you need a lot of gear.  Add that to the fact that you are bison hunting in the Glass Mountains and the lodge in 9 miles from the highway, and completely off the grid, and it adds a little excitement to things.

Bison Hunt – checking in at the Lodge

We met Ruben at the gate, unloaded my Scrambler, and headed to the lodge.

Once we got to the lodge it was time to get to work getting the water turned back on, solar electricity all switched on, and all the gear put away. 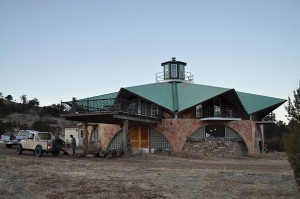 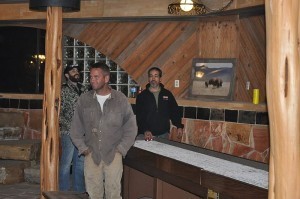 Once all the chores were done and dinner was cooked it was time to kick back, relax and get some rest before Dwight and Donna arrived and the hunt began.

We couldn’t resist a few games of shuffleboard 1st though…

Bison Hunt – Getting our first bull

After looking over quite a few bison, Ruben finally decided on this 700 pound bull…

It was a good way for Ruben to test out his knives and get the bison hunt started on a positive note. 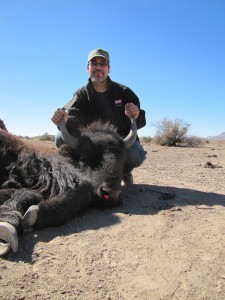 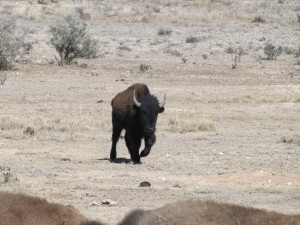 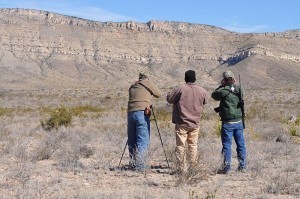 morning we were up bright and early and off in search of a big bison for Dwight.  Once we located a couple of bison we had to get closer to get a better look.  The 2 bison were big, about 1,900 pounds, but not quite what we were looking for.  There was 1 bull that looked bigger, but he was about 800 yards away and heading away from us, so we were back in the truck looking for more bison.  After a few more miles we came upon another large bison but decided to pass on him as well.  He was much closer to the road than the first 2 and about the same size, so we decided that we would come back and look for him later if we couldn’t find a larger bison.  Driving a little further we located what I thought was a really large bison.  The only problem was that he was about 800+ yards from the road and there was no cover between us and him.  You don’t really need cover to hide during a bison hunt since they are used to being out in the wide open and they are so large they aren’t very scared of anything, but you definitely need some cover if the bison decides to charge.  Despite the lack of cover, we decided to try and get a closer look at this bison bull.  As we cut the distance in half we quickly realized just how big this bison was and knew it was the one we were going to try and shoot.  Just as we got inside of 300 yards the big bison bull raised his head and turned and looked right at us.  Then he raised his tail and I knew that we had gotten as close as he was going to let us get without endangering us all.

We had to take the shot, so Dwight set up on the shooting sticks and waited for the big bull to turn and give him the perfect shot. He’s the brown spot in the distance.

When the bull turned, Dwight squeezed the trigger on his .300 Mag.  The big bison took 3 or 4 small steps up the hill and began to stagger and within 15 seconds he was on the ground.  Dwight had made a perfect 1 shot kill on a monster bison!  We knew he was big, but we had no idea exactly how big until we walked up to him laying on the ground.  He was HUGE!!  Now the work began!  Just wrestling him into position for pictures was quite a chore.

I still can’t get over his size.  He’s an absolute monster!!

Bison Hunt – Getting down and dirty

After taking pictures it was time to get to work and get him gutted and cooling down.

On an animal this size there’s no way to get him gutted without actually crawling inside of him, which is rather nasty to say the least. 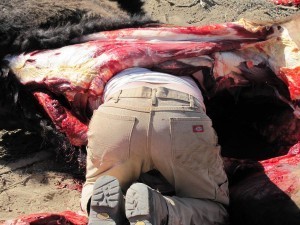 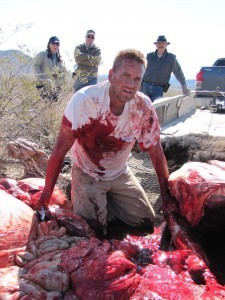 With the guts removed he was a little easier to manage and we were able to winch him on the trailer and were off to hang him up and get the hide off of him.

We used the Sky Trak to hang him and cape him. 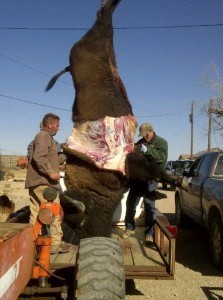 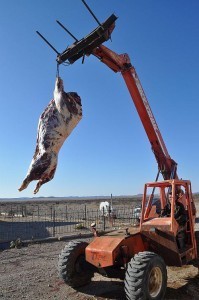 We let him hang over night to chill before we quartered him and put him in the freezer.

After getting him quartered and in the freezer he was ready to make the journey back to Amarillo, TX with Dwight and Donna. 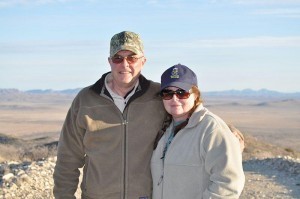 It was another great bison hunt and I would really like to thank Dwight and Donna for letting me take them on a West Texas Free Range Bison Hunt!!  We had a great time and they are wonderful people to hunt with and it was great getting to know them and spend a few days in the Glass Mountains with them.

I would also like to thank Barry for his “chest cavity duty” as well as all the other help around the ranch. A special thanks also goes out to my good friends Ruben and Craig for all of their help.  I couldn’t have done it without y’all.  Thanks a lot!  I really appreciate it.

If you want a freezer full of bison meat, and a huge bison trophy, just give me a call or click on “Book a Hunt” and lets head out to West Texas!