Texas Whitetail Deer Hunting – A Week on the Shonto Ranch 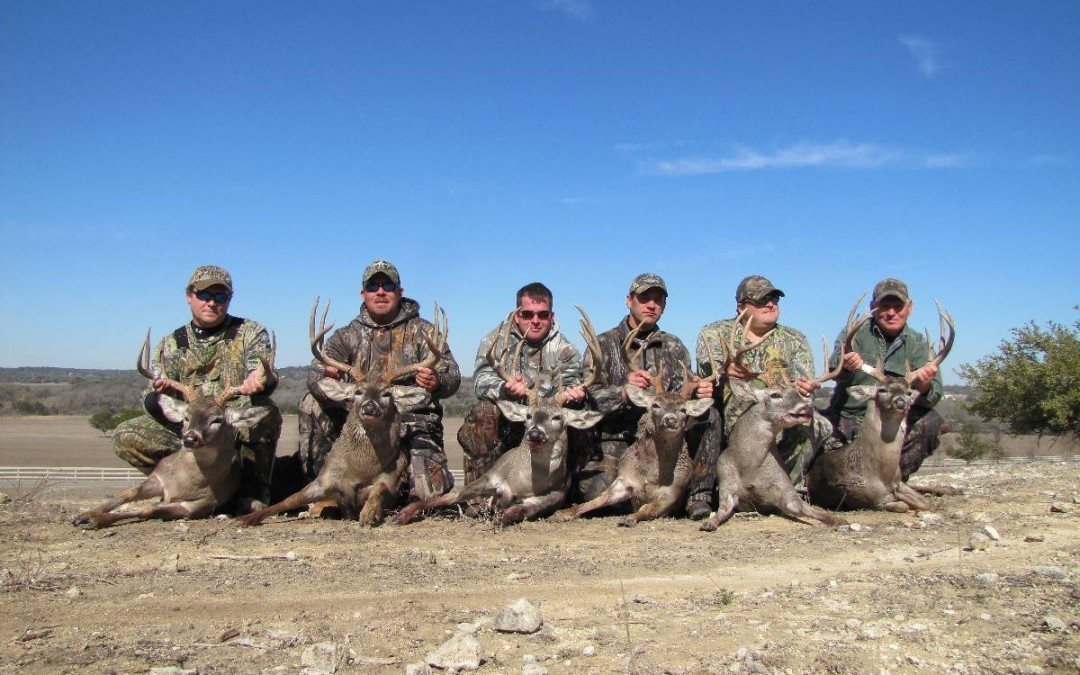 Texas Whitetail Deer Hunting – A Week on the Shonto Ranch

Texas Whitetail deer hunting season is always a busy time of year for me but I’m very fortunate to have access to some of the best ranches in Texas and this past week was no exception.  Early in the week a friend,Chris Childs, owner and operator of the Shonto Ranch, called and asked if I could help guide for him and since I didn’t have my own hunters I jumped at the chance.

Chris had 6 hunters coming in from Mississippi to hunt whitetail and the Shonto has some of the best whitetail deer hunting Texas has to offer as well as world class axis, blackbuck, oryx and fallow.  Plus this time of year they stock some monster rainbow trout weighing up to 10lbs.  It’s not uncommon to see 400-500 animals in an afternoon on the Shonto, with close to half of those being whitetail.  I know most people think I’m exaggerating and telling a “hunting” story when I tell them those numbers, but on the Shonto it’s reality.  The guys from Mississippi found out first hand…

With the rut in full swing, the bucks were everywhere and it didn’t take the Mississippi boys long to start knocking down some great whitetail.  In 2 days we ended up killing 7 bucks!!  Adam, pictured in the center w/o a hat, killed the largest buck of the group and it was a monster 6.5 year old buck scoring right at 160″.

We had a break in the action on Thursday and that gave Chris and I time to regroup and get ready for the next group of hunters coming in on Friday.

Friday morning as I was scouting for the next group of hunters I probably saw 300+ animals and knew we were going to have a great next hunt.  About 1 o’clock Carlos, Juan, and Hector showed up and after getting settled in and a short safety orientation we were back at it.  I could tell they were skeptical about me telling them I had seen 300+ animals that morning, but it didn’t take them long to become believers.  I almost had to take their bullets away from them as we headed out for the afternoon hunt! There is a reason why Texas Whitetail Deer Hunting is so famous!

It didn’t take us long to locate some great deer and Carlos was the first to connect with this great 10 point. 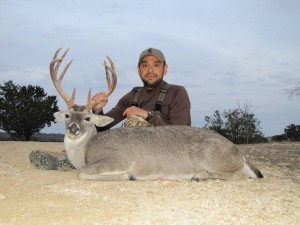 Keeping things rolling, Juan connected on this great management buck and that brought our afternoon tally up to 2 bucks.  Not a bad first afternoon…. 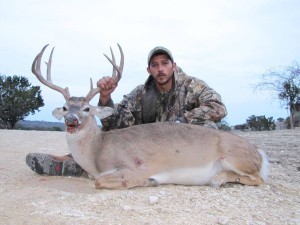 Calling it an afternoon, we headed to the pavilion where we sat by the fire, retold storied of the afternoon hunt, made a plan for the next morning.  The sweet potatoes were ready and I grilled ribeyes.  It was the perfect way to wrap up the evening.

The next morning it was Hector’s turn and we started off just the way we left off the previous afternoon.  After looking over numerous great bucks he decided on this great management buck. 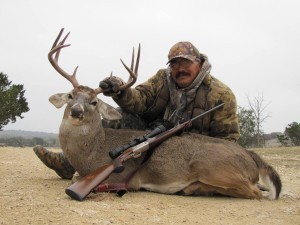 After loading up Hector’s buck Carlos kept asking about a big 14 point buck we had seen the previous afternoon.  He was a main frame 12 point with split brow tines.  Just a stud whitetail.  We talked about it a little while and we were off in search of Carlos’ second buck of the trip.  Once again the rut really helped us out and it didn’t take us long to find the monster 14 point.  Once we located the buck and got into position Carlos made a great 150 yard shot and his second trophy whitetail of the trip was on the ground.  I love this picture.  His smile says it all.  What an awesome buck and an incredibly happy hunter!! 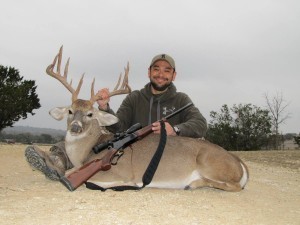 Having killed all the bucks they wanted, it was time to help out the management program and kill some does.  It didn’t take us long to get everyone a doe and as we were headed back to the skinning shed we noticed one of the momma cows was having some trouble calving.  It didn’t look good for the momma or the calf unless we could help her out.  Luckily I got to her in time and after a little pulling I was able to get the calf out and both momma and baby are healthy and happy.

His first steps were a little wobbly… 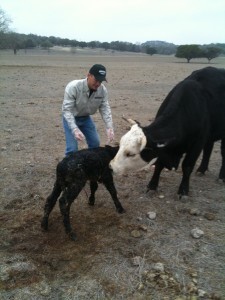 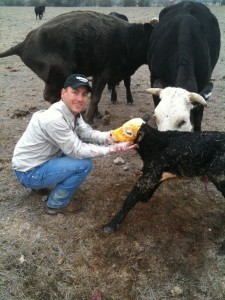 The other cows had to come check him out….

Momma had to give him the once over….. 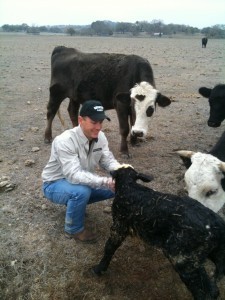 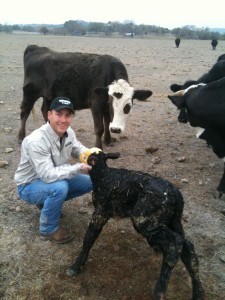 We named him Hector…..

So the grand total for the week was 7 bucks with the group from Mississippi, 4 bucks and 3 does with Carlos, Hector and Juan, and 1 brand new bull calf.  I feel very blessed and lucky to be able to get to do what I do for a living.  I get to see and do all kinds of things that most people never even hear about let alone get to experience first hand.  With every hunt theres always a story and this week was no exception.  I’ll be talking about this week for a long time to come.  I really want to thank Chris at the Shonto Ranch, all the guys from Mississippi and Carlos, Juan and Hector for letting me be a part of this.  If they had half as much fun as I did it will take weeks to wipe the smile off of their faces!!!